A.P.R.A. has been given the opportunity to showcase their skills and insight on this episode of The Unexplained Files. This episode serves as a backdoor pilot at a shot at their own series. As per a facebook post by A.P.R.A. member, Matt Goldman, "The viewership of this episode will give us the chance to continue this research with the support of new technologies we are developing. We are asking everyone to watch the show and tweet @ScienceChannel - #UnexplainedFiles - @APRAParanormal with your thoughts and comments."
Watch the preview of October 14th's episode of The Unexplained Files below.
#ScienceChannel #UnexplainedFiles #APRAParanormal
July 2, 2014 Press Release 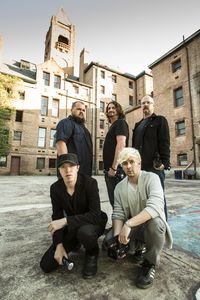 (Silver Spring, Md.) – THE UNEXPLAINED FILES, Science Channel’s most watched series of 2013, is returning on Tuesday, July 29 at 10 PM ET/PT for a second season of examining strange, mind-boggling phenomena that science cannot – or will not – explain. In season two 12 all-new episodes will launch viewers into another gripping exploration of the unknown by investigating more of the most puzzling, global incidents from the United States and Russia to Bosnia-Herzegovina, Mexico and more.

Using dramatic reconstructions, riveting never-before-seen footage, first-hand eyewitness accounts, and expert interviews, THE UNEXPLAINED FILES takes a scientific look at the inexplicable, uncovering paranormal activities that have mystified scientists, inspired legends, and captured the human imagination for centuries. Many of the stories featured will reveal new evidence and bring forward previously undisclosed eyewitness accounts to shed light on stories that have baffled experts for years.

“For season two we’ve uncovered deeper mysteries that are bound to leave our audience confounded and motivated to continue the search for answers,” said Rita Mullin, General Manager, Science Channel. “That’s one of the great qualities of THE UNEXPLAINED FILES – it always leaves you with more questions and wanting to know more. We’re excited to once again capture imaginations and explore strange happenings involving religion, animals, ancient structures, mythical giants and more.”

“We all know there are stories that don’t quite make sense, incidents that exist beyond reason or explanation,” said Sarah T. Davies, Vice President, Development, Factual, DNI.  “In its second season, THE UNEXPLAINED FILES uses journalistic investigation to probe the unknown, leaving audiences baffled and excited by the results.”

In the world premiere episode, THE UNEXPLAINED FILES investigates the real story of the exorcism that inspired the film “The Exorcist”. For the first time, Brother Greg Holewinske, who is the last living eye witness to the exorcism, will discuss his experience and his unique role in the terrifying exorcism. Brother Greg is a member of the Alexian Brothers and this episode of THE UNEXPLAINED FILES marks the time a member has spoken about what happened during the exorcism. Also in episode one, Science Channel takes audiences inside the story of 100 elk who were found dead on a New Mexico ranch in the summer of 2013. An initial examination revealed that all died within 24 hours. With no bullet wounds or other immediate explanation the cause of death is mystery and one of several cases of native herding animal deaths across North America.

Season two of THE UNEXPLAINED FILES will feature a number of factual stories from around the globe, venturing to Bosnia-Herzegovina where a geologist claims to have found pyramids that predate the ancient pyramids of Egypt by 7,000 years. In another episode, THE UNEXPLAINED FILES follows the latest expedition to the remote Lake Labynkyr in Siberia, Russia where people have reported seeing a large, underwater creature. Searching through the fissures and tunnels, experts may have discovered completely new strains of life under the lake’s surface. The series also examines a strange connection between UFOs and nuclear weapons. For years, military personnel in the U.S., U.K. and Russia witnessed UFOs over nuclear installations and in some cases all nuclear warheads stored there have become inoperable. Are UFOs targeting sensitive nuclear weapons sites?

These unsolved mysteries and more explored in the series stem from reliable sources who offer shuddering accounts and daunting evidence that will leave the audience contemplating whether these odd predicaments and occurrences are true or stranger than fiction.

Season two of THE UNEXPLAINED FILES makes its world premiere on Science Channel Tuesday, July 29 at 10 PM ET/PT. The series also will premiere on Discovery Channel outside the U.S. in more than 220 countries and territories across Latin America, Europe, Middle East, Africa and Asia-Pacific later this fall.