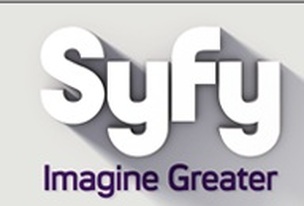 GHOST HUNTERS (SERIES RETURN)
Returns Wednesday, September 5 at 9PM – A new era begins when Ghost Hunters, Syfy’s longest-running unscripted series, returns with 14 all-new episodes. Having said goodbye to investigator Grant Wilson in May, The Atlantic Paranormal Society (TAPS) – led by Jason Hawes – is officially a team in transition, which means there are plenty of surprises on the way this fall! Ghost Hunters kicks off the return of Season 8 with a block of “Southern Spirits”-themed episodes. First up, the TAPS team heads to Charleston, South Carolina, the winning location of Ghost Hunters’ America’s Hometown Ghost Hunt contest, in search of paranormal evidence of America’s first female serial killer, Lavinia Fisher. Other Southern locales getting the TAPS treatment are Louisiana’s Alexandria Zoo and the French Quarter in New Orleans. TAPS also continues its mission of helping families in need with episodes investigating individual claims of paranormal activity in private homes.

HOT SET (NEW ORIGINAL SERIES)
Premieres Tuesday, September 18 at 10PM – From the producers of Face Off, Hot Set is an extreme set design competition for Hollywood production designers hosted by Ben Mankiewicz. Each week, two designers and their teams will be challenged to build incredible blockbuster sets inspired by sci-fi, fantasy, horror, adventure, and more. The contestants will reveal their completed sets and edited film scenes to a panel of judges who are leaders in feature film production design.

HAVEN (SEASON 3 PREMIERE)
Premieres Friday, September 21 at 10PM – Season three picks up immediately following the events of the gripping season two finale with Audrey (Emily Rose) having been kidnapped; Nathan (Lucas Bryant) warned against pursuing a romantic relationship with Audrey; and Duke (Eric Balfour) seemingly engaged in a fight to the death with Nathan after he discovers his family lineage is to kill “troubled” citizens of Haven. Haven is based on the novella The Colorado Kid from renowned author Stephen King. In the new season, WWE Superstar Edge® returns as Dwight, Bree Williamson (Gossip Girl, One Life to Live) joins the cast as psychiatrist Dr. Claire Callahan, a close friend and confidant to Audrey, while guest stars include Iain Glen (Game of Thrones) along with Nolan North and Claudia Black, who co-starred with Emily Rose in the critically-acclaimed Uncharted video game franchise.

PARANORMAL WITNESS (SPECIAL EXTENDED EPISODE)
Premieres Wednesday, October 3 at 10PM – For the first time, all the key people involved in the most famous alien abduction case in history reveal what they saw and experienced during a special 90-minute episode of Paranormal Witness. In “The Abduction,” unparalleled eyewitness accounts, alongside original film and audio recordings, tell the story of the legendary 1975 abduction (and reappearance) of Arizona logger Travis Walton, whose five day UFO experience inspired the cult film, Fire in the Sky. Thirty-seven years later, Walton and the six loggers who lived through the events and ensuing investigation still stand by every word of their story. Other witnesses backing up their claims include the investigating sheriff, their polygraph analyst and the doctor who initially examined Walton after his reappearance.

RISE OF THE ZOMBIES (NEW ORIGINAL MOVIE)
Premieres Saturday, October 27 at 9PM – Survivors of a zombie plague escape their island refuge (Alcatraz) when it’s overrun and risk the outside world to find a scientist who is rumored to have found a cure for the disease. Rise of the Zombies stars Mariel Hemingway, LeVar Burton, Danny Trejo and French Stewart.

SCARE TACTICS (SEASON 5 MARATHON)
Premieres Monday, October 29 from 7:00-10:30PM – Host Tracy Morgan returns for this special marathon of all-new episodes of Scare Tactics, the hidden camera show with a sci-fi twist that pulls outrageous pranks on unsuspecting friends and family. In the season premiere, singer/actress Brooke Hogan makes her Scare Tactics debut as a ravenous zombie.
Elsewhere, sexy witches convince a handyman to help them in an off-kilter ritual and a repo man tries to avoid being turned into a human doll by a deranged shut-in.

VIRAL VIDEO SHOWDOWN (NEW ORIGINAL SERIES)
Premieres Tuesday, October 30 at 10PM – From 495 Productions, the producers of Jersey Shore, and hosted by Kevin Pereira (Attack of the Show) Viral Video Showdown features the greatest viral video creators on the planet going head-to-head in an epic battle for bragging rights and a cash prize. Each week two teams will have to dig deep into their bag of viral tricks to create a video that best captures that week’s theme and impresses the expert panel of viral video judges.

FACE OFF LIVE FINALE (SPECIAL LIVE SEASON 3 FINALE)
Premieres Wednesday, October 31 at 10PM – Face Off unveils a crowning event for its third season with plans for its first live broadcast from Los Angeles on Halloween night. For the first time, America’s voice will be heard as viewers will make the final choice for the Season 3 champion via a live voting feature that will be available immediately following the October 30 episode. McKenzie Westmore will host the special event and reunite the contestants, including the three finalists who will find out live if they garnered enough viewer votes to win the season.

TOTAL BLACKOUT (SEASON 2 PREMIERE)
Premieres Tuesday, November 13 at 9PM – Hosted by Jaleel White (Family Matters), Syfy’s highest-rated new program of 2012 returns with new episodes. Total Blackout is a half-hour, extreme game show in which contestants battle each other and their fears in a series of challenges played in complete darkness. There are no lights, no blindfolds and no-holds barred as the players must face their anxieties and overcome unexpected surprises in a series of new and never-before-seen challenges that raise the stakes to new heights.

Syfy is a media destination for imagination-based entertainment. With year round acclaimed original series, events, blockbuster movies, classic science fiction and fantasy programming, a dynamic Web site ( www.Syfy.com), and a portfolio of adjacent business (Syfy Ventures), Syfy is a passport to limitless possibilities. Originally launched in 1992 as SCI FI Channel, and currently in more than 98 million homes, Syfy is a network of NBCUniversal, one of the world's leading media and entertainment companies. (Syfy. Imagine greater.)