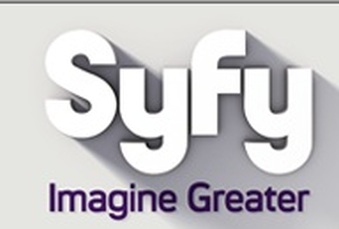 
From iconic series such as Farscape, Battlestar Galactica and Warehouse 13 to Ghost Hunters, Face Off and the upcoming transmedia experience Defiance, the special will look back on Syfy’s launch and evolution, and ahead to the future through the personal, behind-the-scenes insights of the creative talent themselves.


Said Dave Howe, President, Syfy & Chiller: “For 20 years, Syfy has been the leader in visionary and provocative entertainment programming. In this celebratory special, the extraordinary talent at the heart of the powerful Syfy brand will talk exclusively about the lasting impact Syfy has had on the media landscape for the last two decades.”


Showcasing a treasure trove of memorable clips, the special will feature interviews with the hosts of the hit unscripted programs Destination Truth, Face Off, Ghost Hunters and Total Blackout.


The Syfy 20th Anniversary Special will also talk to the stars and creators of Original Movies and Miniseries such as Dune, The Triangle, Taken, Tin Man, Alice, Neverland and Sharktopus.


The complete list of interviewees for the Syfy 20th Anniversary Special
Associated Television International is an Emmy® Award-winning company that has been successfully producing and distributing television series, specials and feature films for over three decades. ATI produced Mysteries, Magic & Miracles, one of Syfy’s first original series.


Syfy is a media destination for imagination-based entertainment. With year round acclaimed original series, events, blockbuster movies, classic science fiction and fantasy programming, a dynamic Web site ( www.Syfy.com), and a portfolio of adjacent business (Syfy Ventures), Syfy is a passport to limitless possibilities. Originally launched in 1992 as SCI FI Channel, and currently in more than 98 million homes, Syfy is a network of NBCUniversal, one of the world's leading media and entertainment companies. (Syfy. Imagine greater.)