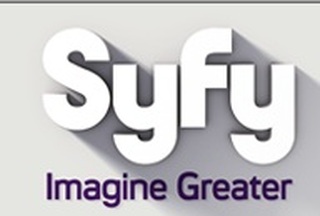 NEW YORK – May 9, 2013 – Syfy will get Summer 2013 off to a blistering start this Memorial Day weekend featuring a festival of the Roger Corman classic films Sharktopus, Piranhaconda, Dinoshark, Supergator and Dinocroc vs Supergator on Monday, May 27.

The special holiday weekend programming begins on Friday, May 24 with monstrous movie delights such as Mega Python vs Gatoroid and Mega Shark vs Giant Octopus.

That will be followed by all-day marathons of Syfy’s new hit series Defiance on Saturday, May 25, and a Paranormal Witness scream-fest on Sunday, May 26. The popular paranormal series returns for Season 3 beginning Wednesday, June 5 at 10PM (ET/PT).


Syfy is a media destination for imagination-based entertainment. With year round acclaimed original series, events, blockbuster movies, classic science fiction and fantasy programming, a dynamic Web site ( www.Syfy.com), and a portfolio of adjacent business (Syfy Ventures), Syfy is a passport to limitless possibilities. Originally launched in 1992 as SCI FI Channel, and currently in more than 98 million homes, Syfy is a network of NBCUniversal, one of the world's leading media and entertainment companies. NBCUniversal is owned by Comcast Corporation.(Syfy. Imagine greater.)