USA ORDERS TWO ADDITIONAL EPISODES OF PSYCH – FOR THE FIRST TIME EVER,
THE SERIES’ AVID FANS GET TO VOTE ON A STORYLINE, SET TO AIR IN SEASON EIGHT

LOS ANGELES – June 26, 2013 – USA Network, the #1 network in all of basic cable, is giving PSYCH-Os what they want: more PSYCH episodes! Due to the extraordinary popularity of the show, the network has ordered two additional episodes for the eighth season, and, for the first time ever, fans will have the opportunity to vote for one they want to see appear on-air. The results will be announced when PSYCH makes its fifth annual return to San Diego’s Comic Con® on July 18.

Fans can start making their voices heard on Wednesday, June 26, via http://www.usanetwork.com/contet/psych-episode-vote, and cast their vote for one of the following storylines:

·      TELETHON - In a classic "whodunit?” case with a PSYCH twist, Shawn and Gus investigate a murder that Shawn is convinced was committed by the beloved host of Santa Barbara's annual Children's Hospital Telethon. There's only one problem – the host was seen by hundreds of thousands of people on live television during the exact time the murder occurred elsewhere. Can Shawn steal the show, poke a hole in this rock-solid alibi, and prove the host did it? Or will Shawn fail in front of his biggest audience yet?

·      DREAM THERAPY - From acclaimed director James Roday ("Mr. Yin Presents…", "Heeeeere's Lassie"), comes a new vision in terror:  "Nightmare on State Street!”  In the episode, an exhausted Gus enters dream therapy to understand the cause of his recent night terrors. But after this, nothing is ever again what it seems... He soon realizes that in dreams, no one can hear you scream!

·      FOOD TRUCK - When the well-known owner of a beloved Santa Barbara food truck is mysteriously murdered, Shawn and Gus, fans of delicious flavor, are determined to solve the crime as only they can. They go undercover as proprietors of the PSYCH Naptime Food Truck, and soon discover that the high-profit world of Santa Barbara's mobile food business is cutthroat, insular and a place of many secrets – many of them worth killing for.

The results will be announced in San Diego where PSYCH kicks off two days of activations starting on July 17 with an exclusive midnight screening of the highly anticipated “PSYCH: The Musical,” a two-hour special episode airing this winter on USA. The following day, the network will host a characteristically hilarious PSYCH panel during Comic-Con with the winning storyline revealed by the cast.

Hosted at the Reading Cinema in the Gaslamp district, the advanced screening festivities will begin the afternoon of Wednesday, July 17, and will continue with a not-to-be-missed late-night party. Fans at the event will have an exclusive opportunity to download a track from the musical, made available as part of a partnership with Shazam. The event will be free and open to the public on a first-come, first-served basis. Psych fans can register here to attend: http://www.usanetwork.com/content/psych-the-musical.

On Thursday, July 18, the Comic-Con panel will be moderated by cult hero Cary Elwes (The Princess Bride), who will be guest starring in PSYCH, once again, as Despereaux this coming season. Panelists include James Roday, Dulé Hill, Corbin Bernsen, Maggie Lawson and Timothy Omundson, along with Kirsten Nelson. Also joining the panel are creator and executive producer Steve Franks, and executive producers Chris Henze and Kelly Kulchak. The panel is open to all registered Comic-Con guests.

The #1 network in all of basic cable for an unprecedented seven consecutive years, USA Network is seen in over 102 million U.S. homes.  USA is a leader in scripted programming with a powerful stable of originals, spectacular live television and is home to the best in blockbuster theatrical films, a broad portfolio of acquired series and entertainment events.  A trailblazer in digital innovation and storytelling, USA is defining, driving and setting the industry standard for Social TV.  USA is a program service of NBCUniversal Cable Entertainment, a division of NBCUniversal. The award-winning website is located at www.usanetwork.com. Characters Welcome. 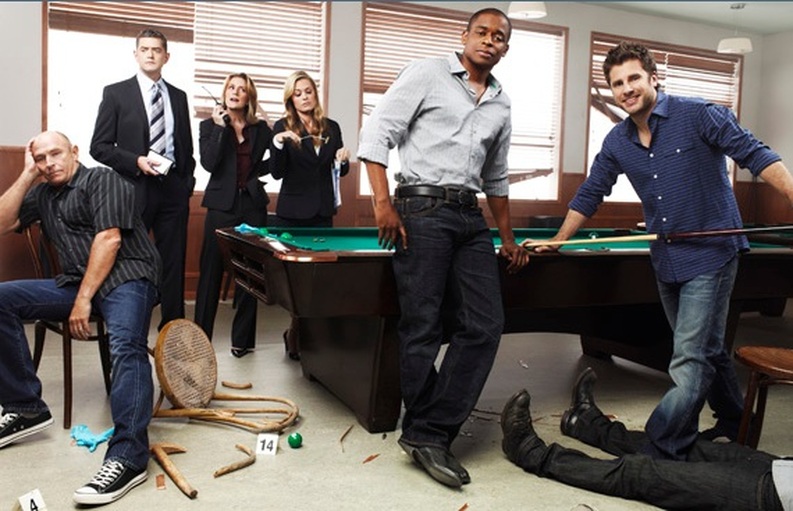