Profiles in History at 2015 Comic-Con International: San Diego
At Booth #1605 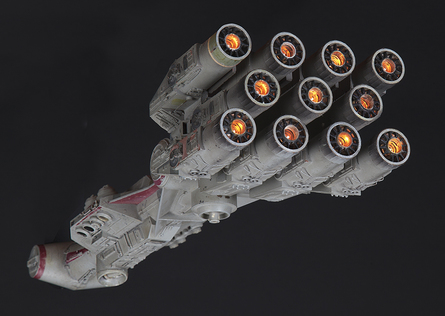 Blockade Runner
CALABASAS, CA-July 6, 2015-Due to tremendous press and fan response, Profiles in History is giving 2015 Comic-Con International: San Diego visitors a once-in-a-lifetime bonus. In addition to the previously announced screen-used 'Blockade Runner" from Star Wars IV: A New Hope, visitors to the Profiles in History / McCune Masterworks booth #1605 will be treated to an additional specially created assemblage of screen-used and production made props from the "Star Wars" film franchise, which include:

These new "Star Wars" items will complement Profiles in History's previously announced display of McCune Masterworks' creations, which include the 'Blockade Runner, the first flying ship audiences around the world saw hurtling through space in the opening sequence of the first Star Wars film, carrying Princess Leia, C-3PO and R2-D2 among its crew, a production made "X-Jet" miniature from X-Men 2 and a German U-Boat filming miniature replica from U-571. All three of these items will be offered as part of Profiles in History's Fall Hollywood Auction, 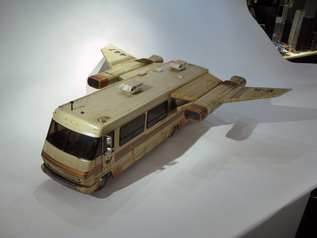 Spaceballs Winnebago
As previously announced, other items on display include the Spaceballs "Winnebago" spaceship filming miniature and a selection of four incredible Musical Automata: "Survival of the Fittest" (Dodo Bird Evolving), "Confusion" (miniature Art Deco Theater plays movie), "Wired Exports" (Brass Armillary) and "Tender Credibility" (miniature Gold Mine Mountain), and a number of other original McCune Masterworks creations, plus, a preview of McCune Masterworks' Nova Docking Station preliminary design, a customizable modular storage system for collectors of miniature scale spacecraft. The innovative design of the Nova Docking Station allows for the option to build an 8-foot tall space-themed exhibit with 5-7 modules to house your large, interstellar fleet; or collect one module at a time and customize as desired. Arrangement of modules can be configured to each collector's taste. The docking bays and arms include lighting and power jacks. The Nova Docking Station is ideal for spacecraft models from leading brands, as well as other scale model craft.  Comic Con visitors will be the first to have the unique opportunity of giving feedback on the preliminary design to the creators from McCune Masterworks. Those participating will receive free gifts and will be entered into daily prize giveaways including Limited Edition Behind the Scenes Photos from the special effects filming of the original Star Wars: Episode IV - A New Hope, as well as spaceship models from leading brands.
"We are thrilled to promote McCune Masterworks at our booth at Comic-Con this year. The public debut of Princess Leia's Blockade Runner - the first spaceship seen in the original Star Wars film - will be great for all the fans to see. In addition, we want the world to know about Grant's legacy and the fantastic creations of McCune Masterworks. Their creativity and craftsmanship is beyond reproach - they can literally build anything that you can imagine," says Joe Maddalena, President, CEO of Profiles in History

About Profiles In History: Founded in 1985 by Joseph Maddalena, Profiles in History is the nation's leading dealer of guaranteed-authentic original historical autographs, letters, documents, vintage signed photographs and manuscripts and original Hollywood Memorabilia. 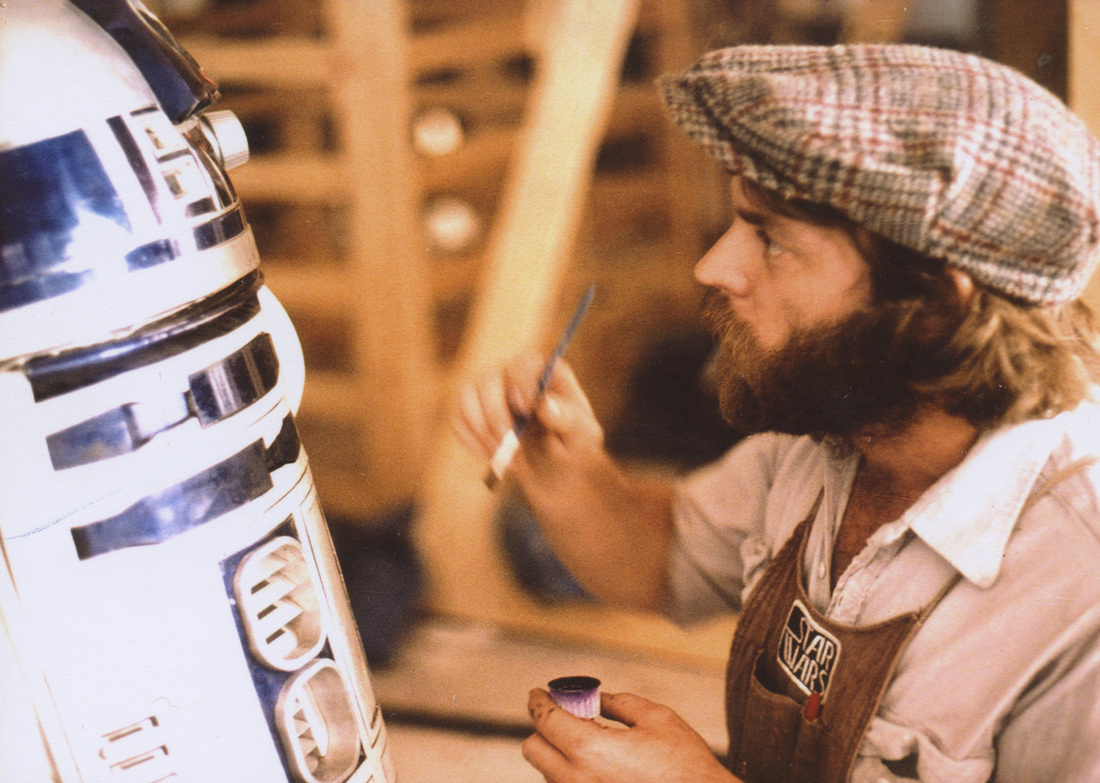