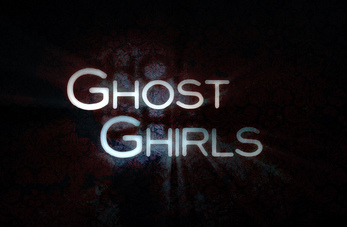 What:   “Ghost Ghirls” is a web comedy series following the antics of two best friends, Heidi (Lund) and Angelica (Blasucci), who work as paranormal investigators.  Each episode details the bumbling adventures of the hilarious duo as they attempt to solve other worldly cases while not tripping over themselves in the process.

The show stars Amanda Lund and Maria Blasucci as a pretty pair of parapsychologists. It was created by “Drunk History's” Jeremy Konner, along with stars Lund and Blasucci. The 12-episode paranormal procedural was directed by Konner and co-produced by Jack Black’s Electric Dynamite and Shine America. Priyanka Mattoo is also an executive producer.

Originally conceived for non-linear digital distribution, “Ghost Ghirls” offers viewers and spirits alike the option to discover and consume the series in any order, anytime, anywhere, and on any astral plane, in this life or the next.

About Shine America
Shine America is a world leader in producing and distributing compelling scripted and unscripted television and digital content. Shine America is known for popular and award-winning original series including The Biggest Loser, The Face, and Tabatha Takes Over as well as adaptations of Shine Group formats such as MasterChef, Minute to Win It, and scripted series The Bridge on FX.

Shine America has development deals with some of the top producers in television including Nigel Lythgoe (Nigel Lythgoe Productions) and its own unscripted format label in Ardaban, led by the creators of the hit Food Network series Chopped. Shine Latino, a new division of Shine America, is producing and distributing original Spanish-language content to the U.S. and Latin American marketplaces.

The global Shine 360˚ division builds brands through the leveraging of its intellectual property and creating integrated marketing opportunities for advertisers. The company has also developed over 20 ground-breaking original online series on MSN, Yahoo!, YouTube premium channels and other platforms, many produced in partnership with global brands such as Walmart, Toyota, Kraft Foods, Subway and Microsoft. Through Shine Group’s distribution arm, Shine International, Shine America distributes its extensive library of programming and formats to more than 150 countries.

About Yahoo!
Yahoo! is focused on making the world's daily habits inspiring and entertaining. By creating highly personalized experiences for our users, we keep people connected to what matters most to them, across devices and around the world. In turn, we create value for advertisers by connecting them with the audiences that build their businesses. Yahoo! is headquartered in Sunnyvale, Calif., and has offices located throughout the Americas, Asia Pacific (APAC) and the Europe, Middle East and Africa (EMEA) regions. For more information, visit the pressroom (pressroom.yahoo.net) or the company's blog (yahoo.tumblr.com).