By Christiane Elin
It was a family affair for us at WonderCon 2017. We purchased con badges for Sunday only to provide the most for our children. Sunday is most commonly considered the day for children at comic conventions. Our children are starting to be at the age to be more tolerant of the crowds and the lines that plague the convention scene.

We arrived at the convention hall before the convention opened. We were lucky to snag a convention center parking spot. This year WonderCon asked attendees to park at Angel's Stadium to help relieve the traffic and insanity that most convention centers have around them before you are able to set foot in the door. (more to come...)

Thank you, Stan Lee's Comikaze Expo
for having Red Glean cover the show and be an event partner.

Thank you to Comic-Con International for having
us cover San Diego Comic-Con for the 5th year.

What a great weekend at
Stan Lee's Comikaze Expo

The Red Glean Team had an excellent weekend!

Red Glean was happy to be covering WonderCon 2014 for the third year. 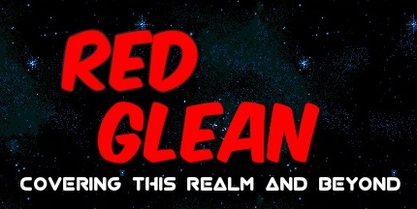